At the beginning of the South Carolina GOP Debate, the candidates stood together in silence to mourn the death of a conservative judicial hero, Supreme Court Justice Antonin Scalia. For a few moments, there was solidarity and kinship among the candidates. The Peace Center, the site of the debate, lived up to its name.

But by the end of the night, the floor was covered in pools of blood, body parts, and strands of Donald Trump's finely combed hair.

As conservative radio host Glenn Beck aptly put it, "It is not a presidential debate.  It is a combination of WWE, a cheap game show and the worst of Jerry Springer."

Nonetheless, it may have been the most important and telling Republican debate as of yet. Let's delve into the chaos.

Bombs Away From U.S.S. Trump

Donald Trump used his unfazed mouth to the fullest tonight, engaging in some of the most bombastic attacks to date. Whoever wasn't called a disgrace was a labeled a liar by the New York businessman.

"You are the single biggest liar," Trump yelped at Ted Cruz after the Texan slammed his abortion flip-flops. "You probably are worse than Jeb Bush. This guy lied."

That set the tone for what could go down as the most gory, attack-riddled presidential debate in United States history. Trump, speaking for almost 16 minutes on the night to lead the field in speaking time, gave forth his most brazen debate performance of the election cycle. He constantly was interjecting his say, interrupting Jeb Bush and Ted Cruz with zingers and allegations.

One of the most memorable attacks "The Donald" uttered was when Bush went after Trump's history of vulgarities. Trump responded, "Two days ago [Bush] said he would take his pants off and moon everybody."

Trump referring to Bush's recent interview with the Boston Globe in which Bush mentioned, "I could drop my pants. Moon the whole crowd. Everybody would be aghast, except the press guys would never notice."

Clearly the comments Bush made to the Globe were not nearly as callous as Trump's typical statements. However, Trump used the statements to, somewhat disingenuously, paint the former Florida governor as crude. This added to the many bizarre and misleading insults Trump has used during this primary season.

Donald Trump not only went out of his way to battle his old foes in Bush and Cruz, but he also went after the Greenville, South Carolina crowd in attendance, saying the crowd was made up of lobbyists and special interest groups.

Whether this helps or hurts Trump, it remains to be seen. All other strong punches Trump has thrown have helped him solidify his status as a brutally honest revolutionary. But tonight's performance might just change the narrative, showing him as a brutally mouthy monster.

After CBS moderator John Dickerson directed a question to Trump over whether he truly believed Bush should have been impeached over the Iraq War, Trump offered a Trump-esque response. "You call it whatever you want," saying that Bush and his staff had "lied."

Trump later mentioned to Jeb Bush, "The World Trade Center came down when your brother was president."

The statements gave Marco Rubio a golden opportunity for a response, one that electrified the building. "Just want to say, at least on behalf of me and my family, I thank God all the time it was George W. Bush in the White House on 9/11, and not Al Gore. I think you can look back in hindsight and say a couple of things, but he kept us safe. And not only did he keep us safe, but no matter what you want to say about weapons of mass destruction, Saddam Hussein was in violation of US Resolutions, an open violation, and the world wouldn’t do anything about it, and George W. Bush enforced what the international community refused to do.  Again, he kept us safe. I am forever grateful for what he did.”

It is very debatable whether or not this was a wise turn for Trump. He has not been shy about his criticisms of the Iraq War in the past, but bringing out the bazookas against GWB in a state that is still highly supportive of the former president was likely unadvised. Trump was immediately hammered by Republicans for his comments, adding to the case that Trump is not a true conservative.

For the past several debates, Marco Rubio and Ted Cruz have went at it over which one of them is a hypocrite on the issue of illegal immigration. That war became even more bellicose tonight.

Cruz continued his attack until things went haywire, or should we say, 'muy loco': "Marco stood on the debate stage, and said that but I would note not only that but Marco has a long record when it comes to amnesty and the state of Florida, Speaker of The House, he supported in-state tuition for illegal immigrants, in addition to that Marco went on Univision, in Spanish, and said he would not rescind President Obama’s illegal executive action on his first day in office. I have promised to rescind every single illegal executive action, including that one. and on the question–”

Rubio said with a flurry, "First of all, I don’t know how he knows what I said on Univision because he doesn’t speak Spanish. And second of all, the other point I would make–in Spanish.”

Ted Cruz would not stand an attack on his Latin heritage. He launched into the offensive, "That's how you want it? Right now, say it — in Spanish, if you want." He said all of that in Spanish.

No winner could truly be found in the hilarious sequence. But, it is clear that Republicans are getting tired of the hackneyed arguments from both camps. Many took to Twitter to voice their frustrations with the bickering, saying that the tedious fight is bad for the party. Whether they know it or not, Rubio and Cruz may be helping Trump by continuing the incessant attacks on each other about illegal immigration policy.

Ohio Governor John Kasich and Dr. Ben Carson both tried to win votes by sticking above the nippy, jabbing ways of their opponents.

Although he was sucked into a debate over Medicaid with Jeb Bush, Kasich, fresh off of a 2nd place finish in New Hampshire, continued his positive strategy by touting his record. Kasich can face the problem of sounding like a broken record, stating his accomplishments in debate after debate, but it's hard to deny the validity of his claims.

Kasich also ended with some touching statements in his final remarks, emphasizing the importance of coming together in America by helping each other and realizing one's potential to make a difference. He brought forth some Kennedy-esque morals and values that will help his cause with those trying to avoid the candidates who consistently engage in bitter chatter.

Carson stuck to his strategy of staying with the issues, never pushing his limit by going after another candidate. The retired neurosurgeon has endured criticism over his complacency in debates, but he is still banking on the hope that the voters will respect his calm, friendly persona and come out to vote for him.

Trump: C. People like his war-like image, but tonight was way too far out of hand. He occasionally rambled, harming his intellectual integrity. Whether this debate will hurt him in South Carolina and beyond remains to be seen.

Bush: B. Jeb could have went for Trump's jugular at times, but he passed. There were numerous opportunities for Jeb Bush to devise a statement that would have put Trump in his place, but the Floridian was not quite quick enough or willing enough to get it done. Still an overall decent performance.

Kasich: A. Hard to deny that Kasich has found a smart strategy to stay above the bludgeoning. He needs to at least stay ahead of last place in this state, and he should be good to move on and contend in Nevada and beyond.

Cruz: B. Nothing too bold, but he was his normal, liberty-touting self. He held his own in fights with Rubio and Trump, but didn't do anything special. He's still in a great position to contend in SC.

Rubio: B. Not a lot different than Cruz. Nothing totally drastic that changed the course of his campaign, but he did let many viewers forget about his dismal performance in the opening of the last debate. Same situation still as Cruz in this state for Rubio, although maybe a little more bleak.

Carson: C. He put together some quality responses, but stuttered through some of them. Long pauses in his speech drained enthusiasm from supporters. He needs to get at least 3rd in South Carolina to move on. 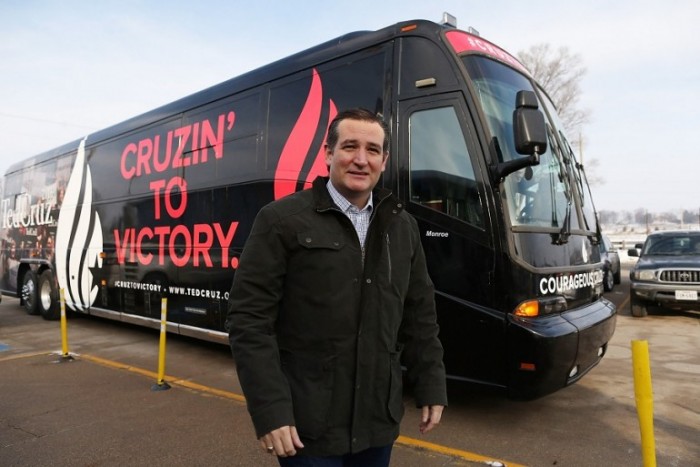 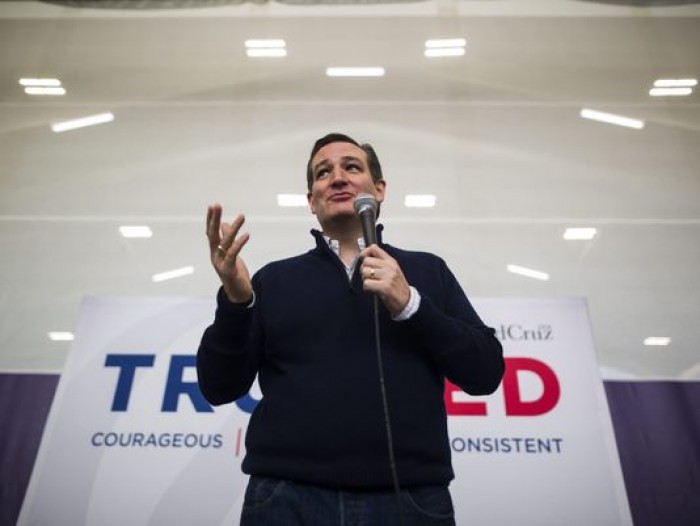 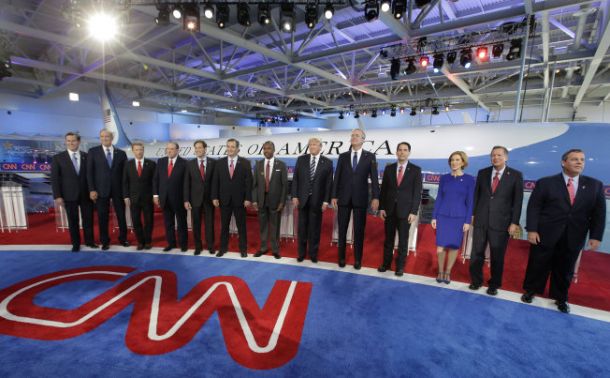 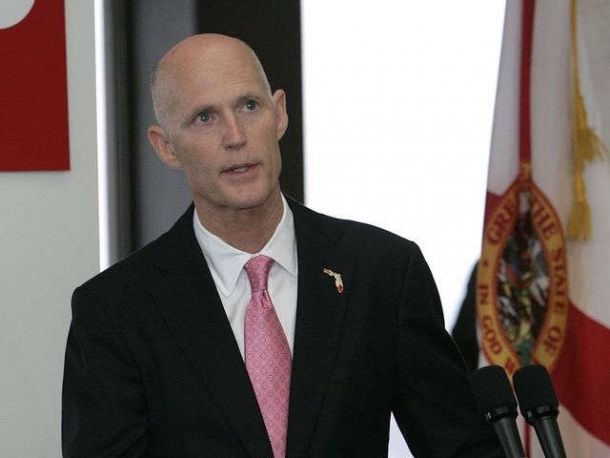 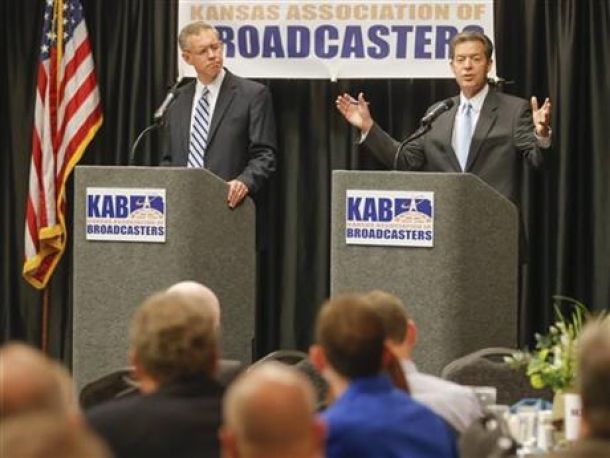 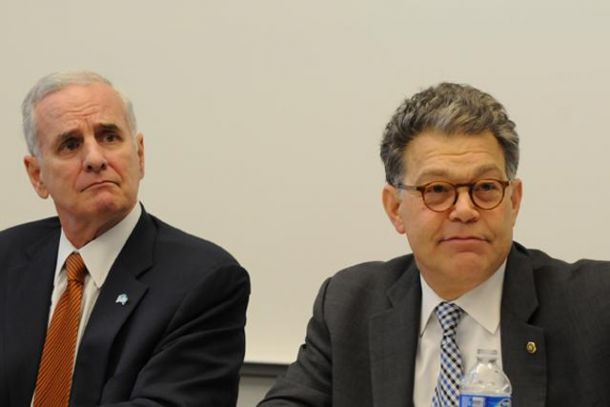