The MS World Discoverer was born in 1974 as the BEWA Discoverer in Bremerhaven, Germany.

Designed as a passenger ship, the 87-meter vessel was resold and renamed a few times over her first decade of existence until she was acquired by Adventurer Cruises Inc. in 1985.

One of the main features of the World Discoverer was her double hull construction, ideal for absorption of iceberg impacts, allowing periodic voyages to Antarctic Peninsula region where passengers would enjoy watching ice floe movements either from the ship deck or taking a closer look by using one of the inflatable dinghies the vessel was equipped with.

The World Discoverer had a pretty busy calendar through the Southern Hemisphere. Besides the aforementioned voyages to Antarctic (which would take place from November through February), the ship sailed around the Alaskan region and also near the Russian border around the Bering sea between the months of June and August whilst during the periods from March to May and August to October she would use to cruise the South Pacific Islands.

It was in one of this latter trips on April 30th 2000 that this adventurous and intrepid ship met a large uncharted reef on the Solomon Islands' Sandfly Passage which would put her on premature retirement.

Her captain, Oliver Kruess, aware of the gravity of the situation, sent a distress signal to the Solomon Islands capital Honiara and a passenger ferry was quickly dispatched to the World Discoverer to transport her passengers and crew to safety.  Everyone escaped unhurt. The captain then brought the deadly injured ship into Roderick Bay after it began to list 20 degrees and grounded it there to avoid sinking.

Shortly after, an underwater survey of the ship was conducted by an Australian salvage company that quickly declared the Discoverer a “constructive loss”. At the time, the ship had already started being ransacked by the locals, who were undergoing a civil war.

Quickly developing a 46-degree list, tidal activity further damaged the ship and salvage companies backed away from the recovery, after an attempt in the year of the accident which was aborted after gunshots were exchanged with the local tribe. The ship was inevitably left to rust.

No reports of any oil or other pollutant spills as a result of the accident were filed. Similarly, no reports on how much pollutant may remain in her hull have ever been available either.

One of a kind

Besides her double hull construction, The World Discoverer was, for many reasons, a very special ship as she was one of the very few vessels that had been constructed for exclusive cruising expeditions near or around icebergs. This ocean liner also had an over 8,000-mile cruising range allowing her to be the first ship to ever transit the Northwest Passage.

The decaying corpse of the World Discoverer has remained in Roderick Bay ever since. Still visible on Google Maps, the ship looks like a defeated giant surrounded by jungle, waiting for a rescue that will never come. Although it is uncertain when the ship is going to eventually sink, it is clear that by the stress the middle bow section is under, the ship will more likely break in half before it goes down.

The World Discoverer has become a tourist attraction with locals of the island reportedly giving unauthorized tours through the interior of the ship and for other ships cruising nearby that don't want to miss the opportunity to see the old discovery ship before it fully crumbles into the ocean. 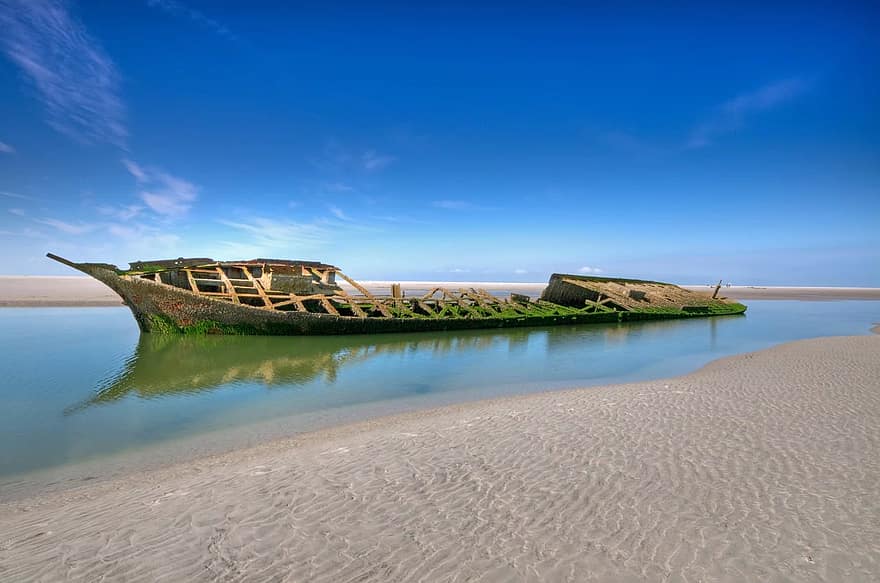 Shipwreck Series (I): The 'Ulpiano'a year ago
Restore your password
Please enter your user name or email.
Login Member or Writer Panel
Enjoy your own Customized Newspaperwith VAVEL topics' carousels!